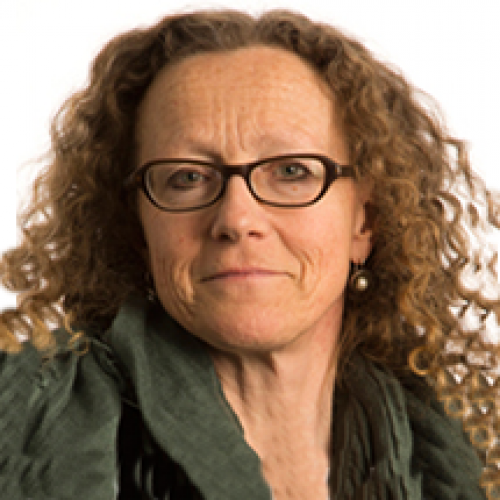 As I am writing this piece, COVID-19 cases are again on the rise. While the past week saw approximately three million newly reported cases globally, two thirds of these were in Europe. Governments respond differently, some impose lockdowns, some attempt to shield the non-vaccinated, some are announcing new measures if trends are not bucked soon.

More than 100 years ago, the Spanish flu virus struck the world by surprise, spreading quickly from 1918-1920 globally as it accompanied large groups of demobilized soldiers after the end of the First World War. That virus raged in a world that would appear very different from ours, with medical care definitely not as advanced as it is now.

The Spanish flu mortality rate was very high. For instance, in the Netherlands for women the mortality rate went from 12.84 per 1,000 in 1917 to 16.66 per 1,000 in 1918; for men, mortality was slightly higher both years but the increase was similar (CBS, 1918). As now, the authorities decreed that citizens should avoid gatherings, wear face masks (then made of coarsely woven rags – as one author said, as if you were trying to block out dust with chicken wire), and not shaking hands. Citizens were advised to go outside, air the house properly, walk firmly in the open air, take a deep breath in the morning (through the nostrils). All kinds of prevention tips were also given, such as rubbing the breast with onions, wearing camphor sachets around the head - tips that had as common denominator that a nauseaating wall around an individual was erected. Drinking alcohol was considered to be a good way to fight the flu due to its disinfectant effect. Worldwide, the number of victims has been estimated at between 50 and 100 million.

How did the Spanish flu impact crime and law enforcement? The literature is limited. We do see new crimes being codified: in Seattle, by October 29, 1918, it became obligatory to wear face masks (Milsten, 1918), and police arrested violators (Digital Public Library of America, 2020). There was speculation with goods that were scarce, criminals took advantage of sick citizens in need of care: one 'Flu Julia' posed as a nurse and stole from the sick for whom she was supposed to care (Washington Post, 2020). By the end of October 1918, funeral directors hired armed security guards to prevent the theft of coffins (Milsten, 1918). There were reports of deadly violence and suicides: fathers who killed their wives and children in order not to have to witness how they would succumb to the flu (Hardman, 2011, p.56).

Petty crime dropped: in Chicago, crime rates during the epidemic months were 35% lower than a year earlier (Robertson, 1919), allegedly because many criminals were too sick to commit crimes, and because so many citizens were at home. Moreover, many civil servants were too ill to do their jobs (Navarro, 2010), and presumably this also applied to the police, so the decrease may have also been a registration effect. Smaller courts sometimes designed inventive solutions to deal with cases by organizing trial hearings out in the open air; however, it also occurred that fewer cases were dealt with, or courts simply closed for the duration of the epidemic (Navarro, 2010) and many courts restricted access to buildings during the flu (Digital Public Library of America, 2020; Navarro, 2010).

Newspapers and other literature report that mortality of Spanish flu in prisons was high (Algemeen Dagblad, 2020; Hochschild, 2014). The spread of the Spanish flu virus in St Quentin prison in the US is described in detail in a report that shows how the virus was brought in each time when an inmate came in from outside after which it quickly spread in the full and poorly ventilated enclosures, where all the prisoners huddled around the fresh resident to hear all the news from the outside world (Stanley, 1919). By contrast, the mortality rate in the beggar’s colony of Veenhuizen, in Drenthe in the Netherlands, was very low, possibly because medical care in this particular prison was relatively good, because the males held in these colonies often worked outside (Vugs, 2002), or those locked up in beggars' institutions were relatively older.

A Spanish flu vaccine was even tested on prisoners (Rijkers et al., 2009). By the end of 1919, 300 inmates at the Deer Island prison in Boston were asked to take part in a vaccine test, and they were promised that if they survived, they would be pardoned. A total of 62 prisoners participated, who were neatly divided into an experimental and control group. In the prisoners in the experimental group, infected lung tissue was inserted (into the nose, mouth and eyes). When that didn't have an effect, they had to sit in front of a terminal patient with their mouths open to get a good coughing to. All prisoners survived. Presumably they were already immune after earlier waves of Spanish flu. The only one who did not survive the experiment was the hall doctor.

What is the impact of the current pandemic of COVID-19 and its associated measures (such as lockdowns) on crime and law enforcement? This appears to be a blossoming area of research. The ESC has a working group on 'Crime, criminal justice and the COVID-19 pandemic', and at our last e-conference, we had numerous presentations, focusing on COVID-related topics varying from populist rhetoric around the epidemic, to its impact on child maltreatment, on policing, COVID and prisons, its impact on cybercrime, on COVID-19 conspiracy extremism, sex work, remote criminal justice, and crime trends in general. It is not surprising that we see this eruption of research: firstly, we appear to be still - despite vaccination - in an ongoing pandemic that affects us heavily and has changed the way we interact and move around, and why would that not also affect crime and law enforcement? Secondly, we find ourselves in a one could say methodologically 'interesting' period - with the pandemic and governmental measures constituting in a sense a series of natural experiments.

Even though such research will for sure enrich our discipline, of course what we fervently hope is that the pandemic will be so far under control next year, that we will all be able to meet again in Malaga at our 22nd conference.

Robertson, J.D. (1919). Report and handbook of the Department of Health of the City of Chicago for the years 1911 to 1918 inclusive. Chicago: City of Chicago.