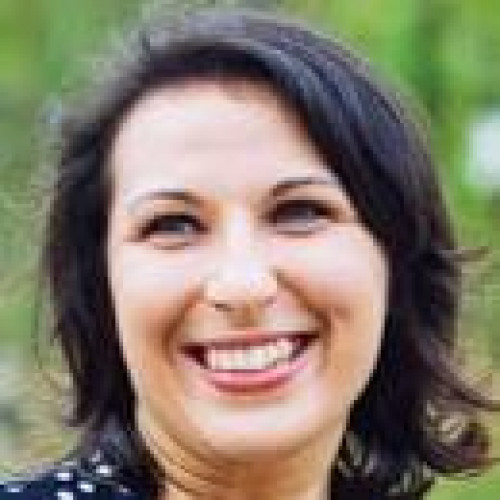 The Corruption risk, risk of Corruption? Distinguishing criteria between petty and high-ranking corruption project workshop—on online platform—was held on 22–23 March.1 The kick-off meeting analyzed the definition, forms, measuring, actors, and language of corruption. The workshop brought together experts from Portugal, Germany, Italy, the Netherlands, the United Kingdom and Poland to support and promote the successful implementation of the project with their expertise. The professional presentations showed the issues related to corruption, the unanswered questions, as well as the hopeful issues for the successful implementation of these projects. The lectures were followed by a long and vivid discourse.

The opening remarks were presented by Dr. György Virág, Deputy Director of the National Institute of Criminology, who briefly presented the most important pillars and goals of the project: „It is good to know where is the border between the legally defined and pursued corruption activities and the socially accepted ones. The question of the project is how the indicators of corruption in society and of corruption crimes that can be assessed in terms of criminal law relate to each other.”

The first speaker of the day was Rita Faria, who is an assistant professor at the Institute of Criminology of the University of Porto.

In her presentation, Rita Faria provides the most important data on corruption in Portugal, the definition of corruption, the development of corruption in the country. She also provided an insight into Portuguese criminal law related to corrupt activities. We have learned that in Portugal, three out of five prime ministerial candidates speak openly about national corruption. Regarding corruption offenses in Portugal, she showed that the majority of perpetrators had full-time jobs and had no previous criminal record. 60% of the perpetrators are married. Following this topic, she talked about ’whistleblowers’, in which we learned that in Portugal, the majority of corruption offenses are reported to the authorities in writing, but in almost 60% of the cases there is not enough evidence to go to court.

At the end of her presentation, Rita Faria presented that a national strategic plan to fight corruption (National Strategy for Fighting Corruption2) had been established in 2020. This plan aims to improve knowledge, training, and practices about transparency and integrity, and to prevent and detect corruptions risks in the public sector. Nevertheless, the effectiveness of legislation in corruption cases needs to be improved and it is crucial that they also cooperate in the fight against corruption on an international level.

Following the presentation, it has been said several times that measuring corruption is particularly difficult which is why they face a number of obstacles eg. in the United Kingdom where there is no centralized investigation institution, consequently there is no central criminal statistics on corruption crimes. Rita Faria explained that this is a type of crime that is difficult to prove. In response to another question, she briefly addressed the issue of abuse of power and the lack of data to analyze it. She also referred to ’whistleblower’, because in her view is that expert should know much more about why certain people cooperate with the authorities, what their motivations are and why people are afraid to report crimes.

The second speaker of the day was Michael Levi, Professor of criminology at the School of Social Sciences of Cardiff University. He specializes in criminological, socio-legal and economic dimensions of money laundering, fraud, organised crime, cybercrime, terror finance and their control. Professor Levi gave a lecture entitled The Use of Terms and Forms of Criminal Assessment: What we know about what works and what does not. According to him, the purpose of anti-corruption can be, among other things, to increase the legitimacy and credibility of the government, as well as prevention, crime reduction. It is important that there are levels of corruption, and as a result, different measures will have different effects depending on the factors that influence corruption. Professor Levi raised extremely interesting questions in his presentation examining the dimensions of corruption, organized crime and fraud: “Is there long-term serious corruption without ‘real’ organized crime?” or “Does corruption always need laundering?”. The latter question, according to the Professor, always depends on income levels of offenders and savings from crime beyond the cost of living. Attention should be paid to financial investigations, and it would be important to focus on methods that help to deal with and prevent corruption. He also mentioned the importance of NGO and self-organized crime prevention partnerships on this issue.

The afternoon program of the workshop was opened by Deputy Head of Department of the Corruption and Organized Crime Depatrment at the Office of the Prosecution Service Dr. Balázs Garamvölgyi on the topic of measuring corruption. In his presentation, he addressed the definition of high-level/grand corruption and its problems, as there is no consensus-based, precise and clear definition of the phenomenon despite the fact that Transparency International provides a definition, but Dr. Balázs Garamvölgyi adding that this concept also raises further questions.

The last speaker of the first day was Nicholas Lord, Professor of Criminology at University of Manchester, whose research area is the financial and economic nature of white-collar and corporate crime, such as fraud, corruption, and bribery. Title of his lecture was Corruption and Comparative Analysis across Europe: Developing New Research Traditions, in which he outlined, among other things, what we know exactly about corruption in Europe and what we can learn from the traditions of European corruption research. He showed that there are two main approaches to conceptualizing corruption in Europe today: content approach and analytical approach. He also adds that corruption as a whole is an explicitly controversial concept. However, he also talked about the main research methods, between which there can be overlapped so they cannot be sharply separated from each other. He concluded that regard to the measurement of corruption, he explained that large-scale surveys lose their specificity and can give a kind of false general picture of the corruption situation. Nevertheless, there are promising directions and in connection with this, Professor Lord also asked the exciting question as how the diverse European region be used to create concepts and theory about corruption?

On the second day of the workshop, a series of engaging lectures continued with four speakers. The first speaker of the day was Dr. Michael Kilchling, a senior researcher at the Max Planck Institute for the Study of Crime, Security and Law, whose research interests include organized crime, money laundering and terrorist financing. Dr. Kilchling gave a lecture titled Winners and Losers. Perpetrators and Victims of Corruption. His presentation focused on the victimological aspects. According to the researcher, in many cases, the crime of corruption is seen as a “victimless” crime, but this is not a correct approach. In his view, much more attention should be paid to victims of corruption. Furthermore, he spoke in detail about the concept of victim, the victim typology and how one tends to associate attributes with both the perpetrator and the victim. Importantly, current corruption control systems essentially ignore the interests of victims.

The next presentation was given by Pawel Rutkowski, the Director of the Cabinet of the Head of the Central Anti-Corruption Bureau (CBA) in Poland, and Tomasz Drozdzinski, Senior Agent at the Cabinet of the Head of the CBA. Their topic was „Soft law as an instrument of effective corruption prevention and strengthening resistance of an organisation—how to formulate anti-corruption message for public administration”. In their presentation, they introduced the CBA which basic goal is to uncover corruption and economic crimes, prevent irregularities, and support government institutions from potential damage. Special emphasis was placed on the importance of prevention, and a distinction was made between preventing and combating corruption. Nevertheless, participants were informed in detail that “soft law” can be an effective means of preventing corruption, as it is not legally binding but aims to influence individuals and institutions by shaping culture and social reality.

At the end of the day, Dr. Éva Inzelt, project coordinator, assistant professor at the Eotvos Lorand University, Faculty of Law, summarized the results of the pilot questionnaires which were previously sent to professionals. After her presentation there were a discussion about the form and the content of the questionnaire between the experts. By the end of the active and effective discussion, the final form of the questionnaire was crystallized, which, after the modification, will be suitable for sending to a wider range of theoretical and practical experts. The results of the questionnaire will assist the project participants to conduct further country-specific analyzes of the social concept of corruption and the legally defined and pursued corruption activities.

Eva Inzelt is Assistant Professor of Criminology at the ELTE University Faculty of Law, Budapest, Hungary

1 This workshop was held in the frame of ’Corruption risk, risk of corruption? Distinguishing criteria between petty and high-ranking corruption’ project (101014783—CRITCOR) funded by the European Union’s HERCULE III programme. About CRITCOR see more on: https://critcor.okri.hu/
2 Natasha Donn (2020): National strategy to combat corruption and ‘save €18.2 billion a year’ approved ahead of whistleblower trial: https://www.portugalresident.com/national-strategy-tocombat-corruption-and-save-e18-2-billion-a-year-approvedahead-of-whistleblower-trial/