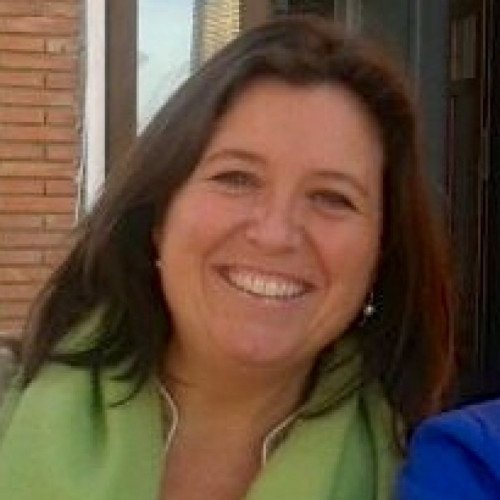 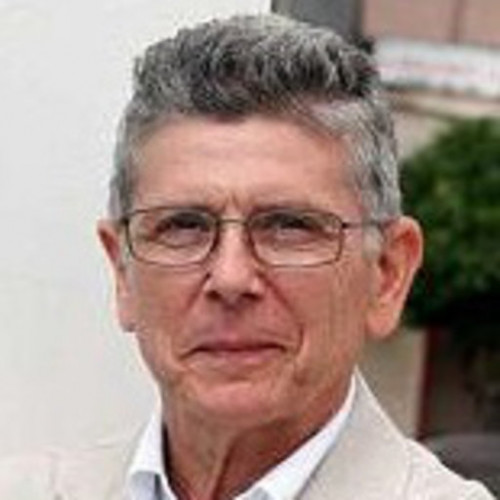 Is Spain a socially exclusionary country for criminal offenders?

Is social exclusion a criterion for comparative criminal policy?

Social exclusion as an effect of criminal policy has not been questioned in academic debates, although they mostly focus on punitiveness as an essential feature of contemporary criminal policy. However, the use of this guiding criterion in the study of comparative criminal policy shows a set of theoretical and methodological flaws (Díez-Ripollés, 2011 and 2013).

On the one hand, punitiveness, or its opposite, punitive moderation, is rather limited from a theoretical point of view, as it only ensures that any crime control system -irrespective of the criminal policy model applied or the objectives pursued-, does not reach levels of harshness that are considered unacceptable. However, it does not offer a social intervention strategy that, understood as a public policy, develops specific and measurable objectives aimed at preventing crime within, in any case, socially assumed parameters. In this sense, its shortcomings are parallel to those of approaches strictly based on rule of law and due process values, which are essential to safeguard civil liberties and fundamental rights, but do not attempt to identify and structure a criminal policy alternative that, while compatible with those values, proposes a certain strategy to combat crime (Lahti 2000; Díez-Ripollés 2004).

From a methodological perspective, the goal of punitive moderation uses excessively limited indicators. In fact, it predominantly focuses on one, the incarceration rate per 100,000 inhabitants. This indicator certainly has many virtues: It is easily accessible from various reliable sources; since it has been recorded for a long time, it allows to have data series covering extended time periods; it focuses on the harshest sanction that a criminal system can impose, except for the death penalty; and it is usually a sanction which reflects well the outcome of the whole criminal policy of the respective national system (Cavadino and Dignan 2006; Tonry 2007). However, the criminological and criminal policy doctrine has repeatedly revealed its shortcomings: Above all, for unduly focusing the evaluation of a criminal justice system’s severity on the use of imprisonment, marginalizing other indicators with a strong capacity to express the intensity of the punitive reaction, such as the number of criminal proceedings and those resulting in a conviction, the duration of penalties in general, the intensity and frequency of use of penalties other than imprisonment or the accumulation of sentences, among others (Hinds 2005; Tonry 2007; Nelken 2005 and 2010; Tamarit Sumalla 2007; Lappi-Seppälä 2007 and 2008; Roché 2007; Newburn 2007; Larrauri Pijoan 2009).

As a result, the different national crime control systems would have to be evaluated according to the extent to which their penal intervention models adhere to one of those two approaches. The instrument presented below intends, more modestly, to measure the greater or lesser distance various crime control systems show on social exclusion.

How to measure the social exclusion of a national penal system?

Other possible pools were discarded for different reasons. Thus, for example, criminal policy on drugs was discarded because it was considered to have little discriminatory capacity when making international comparisons of national criminal systems. Procedural rules and practices for prosecuting crimes were also discarded as being too broad and multiform, as well as posing difficulties when comparing systems that are governed by the principle of opportunity versus those that are governed by the principle of legality.

Once the areas that provide a complete picture of the criminal justice system in different countries had been identified, the challenge was how to measure this independent variable in order to obtain valid results from a significant number of countries that could be compared with each other.

What is RIMES instrument?

Based on Díez-Ripollés' conceptual model, it was considered appropriate to design a questionnaire consisting of a set of indicators to measure the extent to which the different national penal systems produce socially exclusionary effects on the groups most likely to encounter criminal law. This questionnaire contains indicators consisting of punitive norms and practices related to nine relevant areas of penal intervention identified in the theoretical model. A punitive rule is understood as a legal standard that can be included in the criminal law system, establishing certain consequences for certain behaviours or situations related to crime control. A punitive practice means the way in which different social agencies react to behaviours or situations related to crime control, in accordance or not with the provisions laid down by the law.

The RIMES instrument can make this measurement since it has been subjected to a rigorous process of validation by inter-judge agreement, involving nearly 100 international experts from 18 Western countries. Thus, these prominent and numerous experts agreed that the punitive rules and practices selected as indicators significantly produce social exclusion of suspects/defendants, offenders, and ex-offenders (Díez-Ripollés and García-España 2019; Díez-Ripollés 2021; García-España 2021). No attempt whatever has been made to empirically verify through fieldwork whether those punitive rules or practices generate social exclusion. Such verification has been replaced by its validation through a broad consensus among experts.

The RIMES instrument comprises 39 indicators. All those 39 indicators that compose the RIMES instrument have the same characteristics: they involve real punitive rules and practices, namely, they are effectively applied or seriously considered in Western developed countries; they have a strong capacity to measure significant social exclusion effects on the groups under study; they comprehensively reflect, as a whole, the reality of the criminal policy model of their respective countries in terms of their socially exclusionary effects on the targeted groups; and they have discriminatory power, that is, they can show relevant variations in the different crime control systems of the developed Western world.

The RIMES instrument applied in Spain is set out in Table 1 below, with the indicators/items grouped by pools and distinguishing between rules and practices.

What are the results of the implementation of RIMES in Spain?

Table 2. Items answered in the affirmative in Spain distributed by pools.

Taking into consideration the distribution in pools (see scoring by pools in Figure 1), in Spain there is at least one indicator expressing social exclusion in seven of the nine pools. Pools 2 (legal safeguards) and 5 (prison regime) have all their items answered in the negative, namely, there is no item expressing social exclusion in Spain. However, it is pool 8 on “police and criminal records” that generates most social exclusion, with a score of 5.10, followed by "sentencing and sanction systems" (pool 3) with 3.83. In this pool, moreover, only practices generate exclusion, which is a difference compared to the rest of the pools. 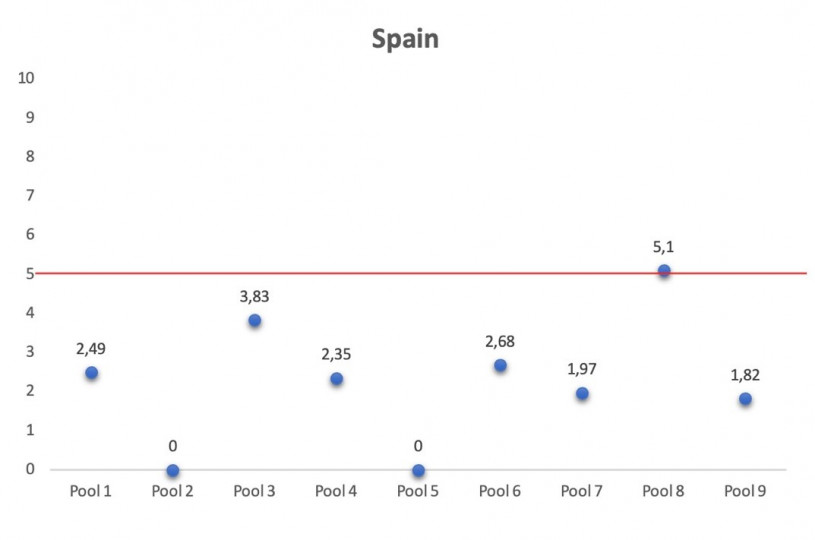 The Spanish prison policy has been internationally characterized by its enlightenment. This is somehow revealed by the fact that no indicator of the pool regarding "prison rules" (pool 5) has been answered in the affirmative. As regards this pool, the items pertaining to the death penalty and the possibility of reviewing life imprisonment show a Spanish criminal policy that is far from the parameters of social exclusion, although the indicator related to average duration of reviewable life imprisonment cannot be answered due to recent incorporation of this penalty into the Spanish Penal Code,

One of the results from the implementation of the RIMES instrument in Spain is that it corroborates the need to address the comparison of national criminal policies with an alternative model to punitiveness. It should be noted that the pool where more items have been answered in the affirmative has been the one referring to the "sentencing and sanctions system". In particular, the incarceration rate in Spain exceeds 120 per 100,000 inhabitants and at least three-quarters of the inmates are serving time in closed prisons. If the international comparison had been limited to the incarceration rate or to this and some other similar indicator, the Spanish criminal policy would have been labeled as rigorist. However, by using a more complex comparative model, which considers a greater number of criminal intervention measures -as is the case with the RIMES instrument-, things look different. The Spanish criminal policy assessed as a whole, and regardless of subsequent comparisons with other countries, does not seem to be particularly exclusionary. This result calls into question some proposals that consider the incarceration rate to be a sufficiently comprehensive indicator for the purpose of characterizing national criminal policies (Lappi- Seppälä 2008; Webster and Doob 2007).

Figure 2. Spain's position in the continuum, from least to most social exclusion

Without considering results obtained from the application of the instrument in other countries, the position got by Spain seems to prove at a first glance that RIMES is sufficiently discriminating to the extent that it leaves room on both sides to place criminal policy systems from other countries that could generate more or less social exclusion than the Spanish one. In other words, and judging by the case in Spain, the instrument does not tend to take countries to one of the two extremes.

Are you interested in the results of exclusion generated by other countries?

Once this implementation has been explored in Spain, RIMES makes sense as an instrument for international comparison. That is why the RIMES team is currently engaged in applying the instrument at an international level. We have already applied the instrument to the criminal systems of four European countries (Poland, United Kingdom, Germany and Italy) and two states of the USA (California and New York), checking whether the 39 items that composed the instrument concur. Two of the team researchers solved all 39 items at each of the six chosen locations. For guiding and helping us to obtain the information we need, we have contacted with at least one expert in this field of each country, usually chosen from the country experts who previously collaborated in the validation of the instrument. In the end, another expert from each country under study reviewed the results obtained, by means of a report in which he/she assessed whether the research team had worked properly on each of the tool’s items, thus confirming the reliability of responses. With all this, we finally have the results of the application of the RIMES instrument in 7 jurisdictions (including Spain) which we hope to be able to show and discuss at the next Eurocrim 2022 to be held in September in Malaga (Spain).

Lahti R (2000) Towards a Rational and Humane Criminal Policy. Journal of Scandinavian Studies in Criminology and Crime Prevention. 1: 141-155.