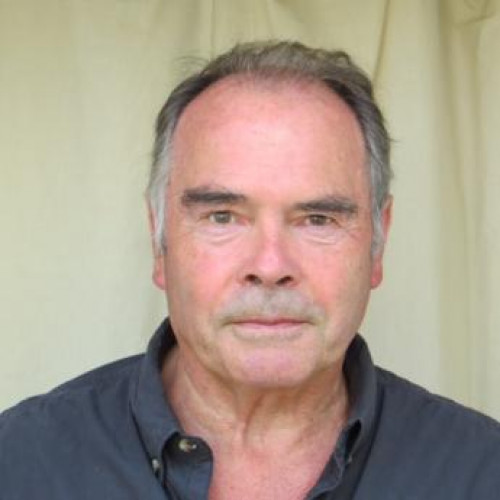 I really am delighted to accept this award, and I am very grateful indeed to the Society and those who nominated me. Awards for lifetime achievement carry the obvious implication that you have pretty much reached the end of the road.  In fact, I am quite happy with that assessment.  The pandemic has completely fractured my work ethic, probably beyond repair, and I welcome the added nudge from the ESC to start packing up my bags.  As long as I can carry on gently gnawing on some of the bones that I have been worrying for most of my career….  Just a couple more articles I need to finish…  (Old professors don’t go willingly – they hang on by their fingernails until they are pushed off the cliff!)

What I would like to do in the 15 minutes or so that I have this evening is to reflect on the changes that have occurred in the policy environment for criminal justice over the last 25 years. It is a game of two halves – I’ll start with an angry rant about the retreat from rationality and liberal values in countries seduced by right wing populism. After half time, I shall sketch out what I see as viable responses to this for criminologists keen to help shape policy. Inevitably, I will talk about the justice system I know best, covering England and Wales, but my analysis is, I hope, applicable more broadly across Europe.

I have been a policy researcher throughout my career, 20 years in the UK Home Office and a further 20 years running a research centre in academia.  So I am well versed in the – slightly –  dark arts of talking truth to power. I have always viewed my centre’s research as applied or practical research, and I don’t think I could be described as an academic’s academic.

When I left the Home Office for academia, I obviously kept in close contact with my previous colleagues. My centre secured a large amount of government grants in the first ten years of its 25-year life.  I engaged in policy advocacy (for example on drugs policy and on community safety) in ways that probably stretched the boundaries of the academic role. I met quite regularly met with senior political advisors, junior ministers and occasionally cabinet ministers. But from the mid-noughties onwards, my contact with the political centres of power fell away, and my centre did much less research for government departments.

This was the result of various factors. At a personal level, these were:

But a further factor has become increasingly clear over the last decade. UK politicians have progressively tried – and often succeeded – in marginalising UK institutions that threatened to be critical of government policy, including the academic social sciences. This began with the conservative/liberal coalition in 2010, grew throughout the decade and became sharply amplified when Boris Johnson became Prime Minister in 2019. Over the decade, UK politics have become driven increasingly by ideology; they are become increasingly less informed by careful and reasoned analysis of evidence, and increasingly less informed by liberal or enlightenment values.  Since 2015 there has been scant regard for truth and honesty. The current administration is distrustful of:

Doors that were open to criminologists in the corridors of power before the turn of the century are increasingly being shut.

You’ll have gathered that I am a bit pessimistic about the current scope for ‘public criminologists’ in Britain to make a significant contribution of criminal policy. Should other Europeans be worried?  There is surely cause for concern across the Europe about the threats posed by right wing populist governments because there are structural factors at work which make it increasingly likely that politicians like Donald Trump and Boris Johnson get elected. I imagine that this is shared ground for most of us, but in brief,

The paradigmatic example is to be found in the US, of course, but the same process is happening before our eyes in the UK. The government has announced plans to set up a commission to review the 1998 Human Rights Act, which adopted the European Convention of Human Rights. The commission would also examine how more political control could be made over appointment of members to the senior judiciary and how the role of the judiciary could be limited in carrying out judicial review of political decisions. The government has floated plans to part-privatise or shrink the BBC, a move seen as a threat that can be avoided only if the broadcasting service becomes more positive in its treatment of government policy. There are plans to overhaul the civil service, and six of the most senior civil servants have resigned after disagreements with politicians in 2020 – an unprecedented tally in the history of the UK civil service. There are similar trends in other European countries. A temporary blip? I hope so, but I fear not.

Let me turn to the implications for European criminology, and in particular for policy-focussed criminology. In the short run in the UK, it will be an exceptional criminologist who captures the imagination of our current bunch of politicians. We don’t trust them, and they don’t trust us. But all is not lost. Those who actually run government services, such as the police, the prison and probation services and the courts and prosecutors, still value and need reliable policy research. So too do the agencies that hold these services accountable – inspectorates, auditors, professional bodies and complaint handlers.

Whilst in the 1990s and early noughties I saw government as the primary audience for justice policy research – and the primary source of research funding – I now see the criminal justice agencies as a better bet. This is the route my centre has followed since the turn of the century. We have worked closely with several bodies at the heart of the criminal justice system: the College of Policing, for example, several police forces, the Independent Police Complaints Commission, the National Audit Office, the Police Inspectorate and the Sentencing Council. Our sentencing work has been facilitated by four successive Lord Chief Justices. It is still possible to speak truth to power, even if the range of audiences changes over time.

One of the sources of greatest satisfaction for me over the last decade of my career has been the degree of purchase that our work on procedural justice theory has had in the UK and beyond. In particular the work that Jon Jackson, Ben Bradford and I have done using the European Social Survey, and my own work with colleagues using the International Self-report Delinquency Study has achieved a degree of visibility well beyond academia. For example, police leaders in the UK are very comfortable with concepts of procedural justice, even if these ideas have been hard to find in the pronouncements of the last three Home Secretaries.

I remain very enthusiastic about the promise of international comparative research. This can shed a bright light onto the factors that shape and consolidate countries’ commitment to the rule of law. Comparative work has explanatory power and helps us see more clearly how trends in governance are evolving in our own countries. A continuing research focus on the sources of legitimacy – whether of government or their agencies that exercise power over citizens – will continue to be of importance especially in those countries where right-wing populism gain a foothold. The language of legitimacy and procedural fairness may even help to contain some of their excesses.  I have also been very gratified at the way that my centre’s  work on court work has evolved and developed from the sentencing process to embrace concepts of legitimacy in assessing court users’ experience.  The work of Jessica Jacobson, my successor as director of ICPR, and her colleagues has been really well received.

Another reason for optimism is to be found in the ‘evidence based policy’ movement, and the commitment to establish and maintain ‘what works’ centres that warehouse evaluative research on programme effectiveness. In the UK the College of Policing and academic partners have made good progress on the police evidence warehouse (WWCRC), with Research Council funding.  On the assumption that these take root and develop, they may well help offset a tendency for politicians to be guided by ideology rather than evidence.

It is time for me to stop talking. I apologise for my pessimism about the political classes, and I hope that it is simply the product of five years of Brexit gloom in the UK, compounded by government mismanagement of the pandemic crisis. But this is one of those situations where I would warmly welcome being proved wrong.  I hope that this pessimism is offset about my more upbeat take on working closer to the coalface of criminal justice, with police, courts and other justice agencies.  I should say that I have greatly valued working with them, and in particular with a wide range of academic colleagues in the UK and further afield. Working with international networks of criminologists has been one of the most satisfying and rewarding aspects of much of my career. My advice for anyone who aspires to securing an ESC Criminology award in the future is to choose colleagues who are smarter than yourself!

Let me end by thanking the ESC again for its 2020 Criminology Award. I am very flattered, very honoured, and chuffed to bits. Thank you so much.