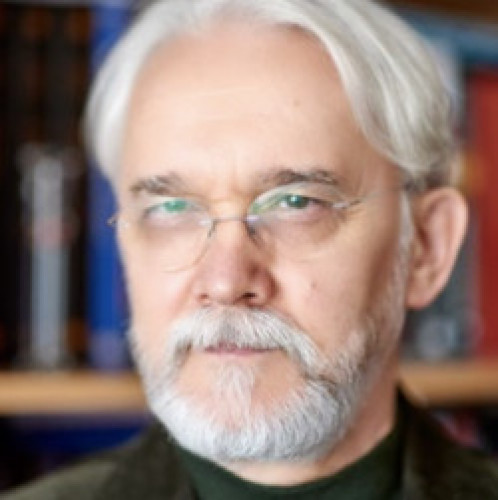 Dear colleagues, writing the previous Presidential message, I had a dream that our next ESC conference would be in Bucharest as it was planned. Unfortunately, the situation did not become better, and even now, we are probably still more in an inter-pandemic than the post-pandemic situation. However, now the ESC board and secretariat are organising another virtual conference, which I hope will be no less successful than last year's.

COVID-19 is still the most turbulent issue in the life of our societies, and one can easily predict the growing number of criminological research projects and publications connected with pandemic themes. Soon, we can expect new exciting data on the crime trends during the pandemic and post-pandemic periods, as well as new theoretical insights on crime in new bio- and infotechnological societies. However, I would like to take the current pandemic situation as a counterpoint for a slightly different theme – the nature and role of criminological knowledge in society.

Looking at the COVID-19 situation worldwide, one could notice that scientific knowledge is not enough for solving pandemic-related problems in societies. The interests of influential groups and political decision-makers can stimulate or block experts' efforts to curb pandemics. Popular beliefs, myths and prejudices can seriously disturb the implementation of public health policy. Not being an expert in public health policy, I cannot get rid of the 'deja vu' feeling.

Several years ago, in the book on perceptions of criminal justice in society,[1] we analysed social knowledge about criminal justice and its key elements – crime, guilt and punishment, from three different discursive perspectives – professional, political and public. Expert discourse aspires to a ‘true’ understanding of justice and elaborates criminal justice elements in various theoretical frameworks. Political discourse is inclined to view criminal justice through the prism of public safety and societal control, which could be a matter of interest and ideological preferences. Public discourse is rooted in ordinary life experiences and is focused on emotionally-coloured stereotypes and myths about ‘law and order’.

The interplay of these criminal justice discourses can be illustrated by the attitudes towards the problem of intentional homicide in Lithuania. The high level of homicide in Lithuania and other Baltic countries is one of mystery for local and international scholars. According to the EUROSTAT,[2] until 2015, Lithuania had the highest homicide rates among E.U. countries, and only in 2016 was it replaced by Latvia. Although the number of homicides has significantly reduced during the last 25 years – and in 2020, its rate was 3,93 per capita – this figure still looks concerning compared to other E.U. countries.

Several national and international studies have tried to explain the high homicide rate in Lithuania. In 2018, we completed interdisciplinary research on homicide problems in Lithuania.[3] Looking at this problem from a sociological perspective, the research team drew attention to two macro and micro social factors. The first factor is related to belonging to the so-called "post-Soviet" socio-political cluster, which refers to former "Soviet republics" sharing similar negative socio-economic statistics (suicides, migration, prison population, etc.). The second one points to specific social and behavioural attributes accompanying homicides, e.g., 57% of homicides occurred when the perpetrator and the victim used alcohol together. The essential role of alcohol consumption in homicide cases is also reported in some international research.[4] The results were intensively discussed among local criminologists, but they hardly seriously influenced the anti-homicide policy in Lithuania.

However, in political discourse, much more attention had been paid to the American television channel Fox News’ journalists' material about the ‘deadliest cities in Europe’,[5] which appeared at the beginning of 2020. The author ranked the deadliest European cities according to their highest homicide rate in 2017. Three Lithuanian cities – Klaipeda, Vilnius (both homicide rates were 3.9) and Kaunas (5.4) – appeared among the deadliest in this list. An ironic journalistic conclusion followed this data: ‘This is less than one-tenth of the deadliest U.S. city's murder rate: St. Louis, [Missouri], [which] had a murder rate of 60.9 per 100,000 in 2018’.[6] However, Lithuanian institutions, monitoring the investment climate and the country's international image, ignored the irony of this report and took the presented information seriously. They supposed that such publication was a kind of defamation, that it was detrimental to the investment climate, that the authorities must investigate and deny this "false" data, and that the dissemination of similar information in the future should be strictly controlled. As one can see, this discourse is not interested in the social roots of homicide; the latter is rather treated as an image problem of public relations.

The last example is borrowed from the Leipzig DOK Festival award winner documentary Exemplary Behaviour,[7] produced by Lithuanian directors A. Mickevičius and N. Mileris. The film must be watched, but I would like to comment briefly on one episode that takes place. In the beginning, one of the directors, Audrius, tells his family story: how his brother was killed, how the body was found and identified, how two suspected men tried to escape punishment. After a lengthy investigation, one of the suspects finally confessed and ‘got’ ten years but was released from prison five years later on the ground of ‘exemplary behaviour’. At the same time, the other suspect was found ‘not guilty’. A monotonous voice tells this story with pauses, behind which there are no truths, no interests, only naked human pain. This is the pain of an ordinary man, who cannot understand professional ‘proportionality’ between the murder of the brother on the one side and five years in prison and 'exemplary behaviour' on the other.

Such cases are far from being a reason for teaching criminological truths and enlighten participants in political or public discourses on how they have to treat criminal justice. Discourses are not simply speaking; they have their own institutionalised ‘policing’ (Foucault) and cannot be a matter of simple voluntarily change. Cases rather have to show how unexpected and contradicted are the interpretations of criminal justice inside different discursive practices. Instead of direct criticism and conceited teaching, it is better to work with mutual respect for other discourses and their audiences, developing and appropriating their knowledge about criminal justice. This knowledge probably also has the right to be a part of criminological knowledge.

Dear colleagues, finishing my last Presidential message, I would like to express my wish to meet you again in good health and mood at the e-conference EUROCRIM 2021, which I hope will bring considerable new achievement in our knowledge about crime, justice and society.